We all know that paintball has excellent power for turning all your companions into competitive rivals. It is a completely intense game and it is obvious that playing it for the first time will make you go nervous for sure. This is an amazing sport in which the players have to play either in teams or in individual forms by using compressed-air guns.

Right through this guide, we will have a quick discussion about how to play paintball and what tips and tricks you need to follow for making high shots. Let’s dive into the discussion below.

Tools that are Required to Play Paintball Game

There are different types of paintball guns such as Speedball, woodsball, spider, and magfed. You can play this game with any of these as per your choice, requirements, and gameplay. Also, You can pick your paintball gun as per your budget for example under 1000, under 500, under 400, under 300, under 200, under 150, and under 100. The other important tool for this game is the paintball mask. However, gamers Wear Paintball masks for their safety.

What are the Rules of Paintball?

Paintballing is yet available with diverse forms of game versions. And many of them are offered with a set of rules which are common. Those safety rules are:

Below we have highlighted a few of the general rules which a paintball player should consider for playing this sport for the first time:

Before you start the game, you should be walking all around the ground and indicate all the boundaries to each player who is in the game. Make sure the field should not too much smaller or not too much bigger. It is recommended to look for the 15-yard field if the game is over three on three. But for the 16 people, go for the bigger room.

Establish the starting bases over both the opposite sides of the field and if it is possible, make it happen in a way that they won’t be viewing one another. It won’t be possible to play on the speedball course having no brush or trees.

Each one of them should be aware of the location of the dead zone or the staging area. They should not be shooting near or in it. The dead zone is the area that is out of the field and it is only meant for the players who get eliminated with each level.

Plus, this area can even be taken as the extra space where the paintball gear or the paint is left out between the games. The dead zone should be all meant as far enough off the ground field where the eliminated players can even remove the gear or masks for cleaning purposes.

3. Know the Main Objective of the Paintball Game

Defining the main goal of the paintball game also plays a major role. Be clear in your head that are you playing the simple elimination game or not. You should also ask yourself if you are capturing the center flag or not. Broadcast all the major rules or any sort of objective back in the head.

It is also important to identify how long time, the game will last. This game is all about perfect shooting so nobody will stay in the game for a longer time. If you miss the shot, you are out of the game straight away.

A player generally hits if the paintball leaves a solid and nickel-sized mark either on the play equipment or on the body. There are some variations of the paintball that won’t count the gun hits or even require multiple hits on legs or arms. Most of the professional tournaments or the fields often count on any hit on the person or the equipment.

Splatter generally happens when the paintball won’t break on the person but it does on any nearby surface. After that, the paint will bounce back on the player. But this won’t be counted as the main hit unless it will be forming a solid marking on any player.

If you see that you haven’t hit if you are not sure, then you do have an option where you can go for the paint check. You can shout the “paint check” and the very closest player who is near to you will come and will check for you.

When you can straighten exit yourself from the field. If not, each player will resume the previous position and the game will resume all over again. The new game will start once the player has shouter “GAME ON”.

Once the player has hit, they should raise the gun over the head and then short as “HIT”. They have to then leave the field and move towards the dead area zone. Make sure that the game is placed over the head and should loudly so that each one can hear you.

Is it legal to play paintball?

You do need permission to play paintball. Playing is 100% legal as it is considered a safe sport. However, you should always take care of precautionary measures.

Can a 13 Year Old Play paintball?

You can play a paintball game if you are mature enough to understand the basic concepts of this game. normally players can start learning paintball from the age of 12-14 so that they become pro-level gamers at the age of 18.

Is it Hard to Play Paintball?

No, Paintball is a very easy game. You can play it even if you don’t have any experience.

What are the rules of Paintball?

How do you win at Paintball?

Here are 5 tips to win at Paintball.
1. Always do teamwork. Keep supporting your teammates.
2. Move forward, Always Move forward wisely
3. Keep an eye on your surrounding. You could be attacked from anywhere, anytime.
4. Always Surprise your opponents with your moves.
5. Remain Positive and have fun.

So these have been a few of the major tips and rules of how to play paintball that you should follow for developing a powerful approach when playing paintball as a pro expert. Although in the beginning stages, it might be difficult for you to come up with the right gunshots but always remember the rule that “PRACTICE MAKES THE MAN PERFECT”.

Follow the guidelines and tricks we mentioned above and perform a successful paintball shot right now.

Howdy! I’m Ella and this is where I can nerd out about paintball. After being in the sport since 2003, I have learned quite a few tricks and skills. Usually, I hit the field with my pump markers but am no stranger to using magfed, mech, and electro setups as well. On this blog, I will share what I have learned over the years and anything new I run across in the future.

Cleaning your paintball gun might be the most tedious and dull job, but it’s essential not to ignore this task. A nicely maintained marker determines its performance on the field as well as how long you’ll get out of each barrel before needing replacement parts or spending more money in purchasing new ones! So, how… 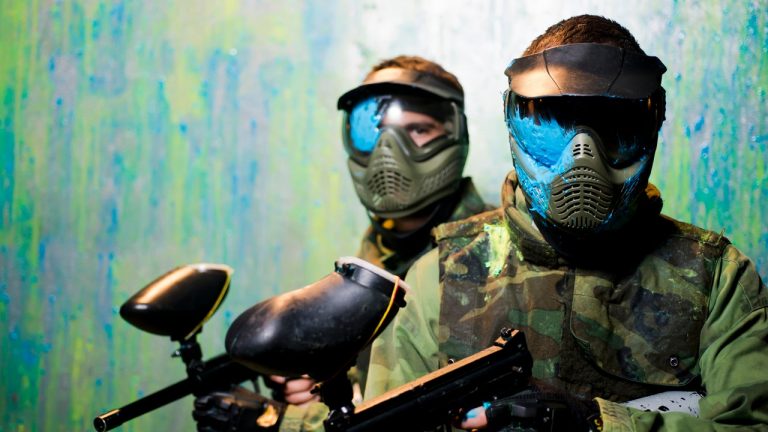 Paintball guns come in a wide variety of shapes and sizes. The sport has been around since the 1980s, so updated versions in modern times have replaced many old models. However, despite this fact, you can still find some great options for the best paintball guns from years gone by when researching your prospective equipment…. 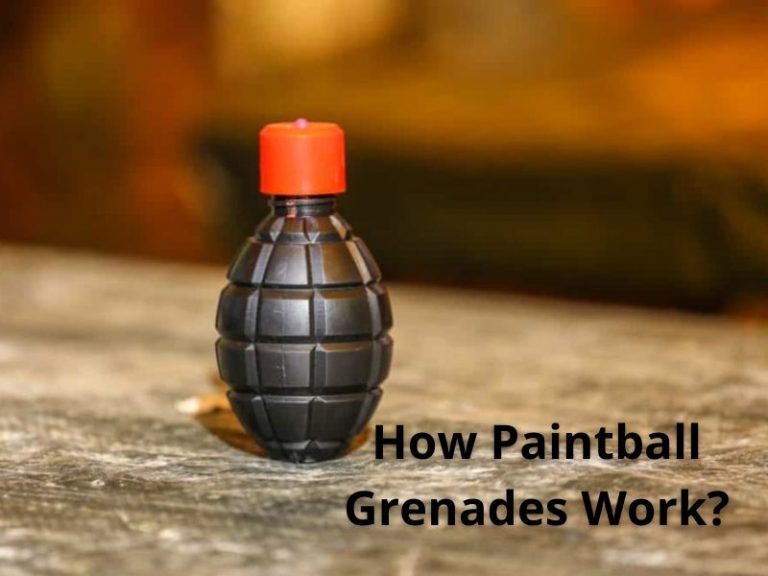 If you want to perform well in every aspect of the paintball field, building a paintball sniper rifle is very important. But what is the difference between the good snipper rifle and the bad one? and how to build paintball snipper rifle in the correct way?  So, there are some of the following things to… 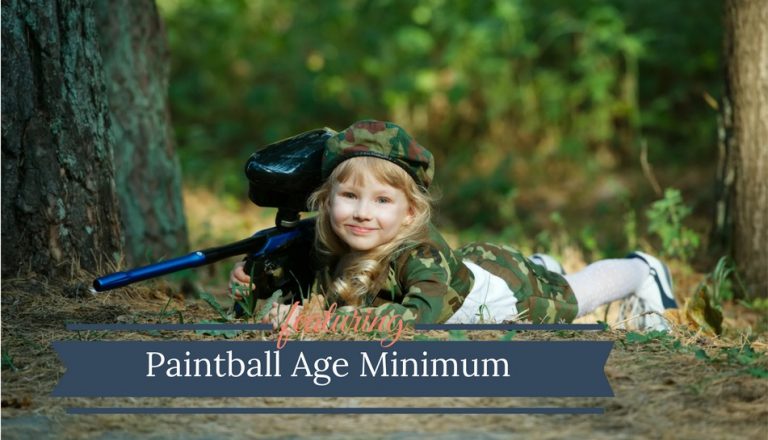 Many people have wondered “How old do you have to be to play paintball?” When in reality, the right answer is “It doesn’t matter how old you are.” Experts say age shouldn’t be a problem when it comes to playing paintball. The reason why this misconception exists is that most fields only allow 18+ for… 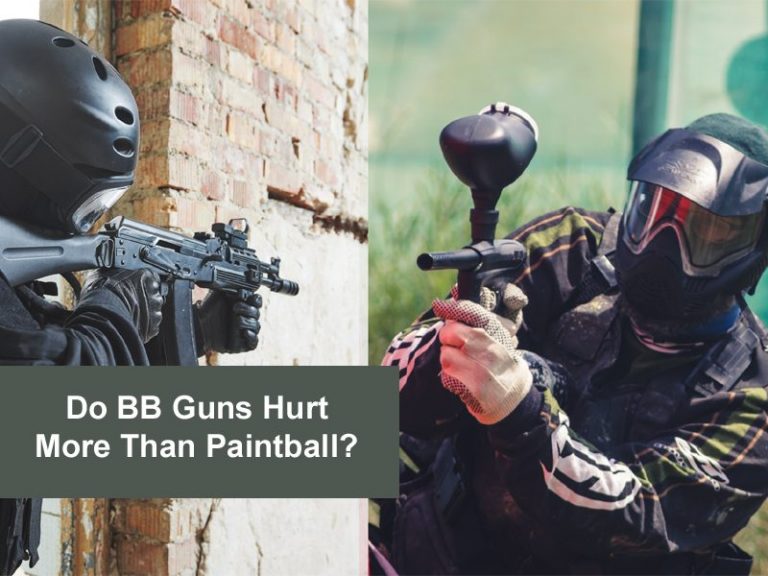 Paintball and BB guns are used for different shooting sports. If you need to become more familiar with the sport, you have come to the right place because you need to know first about the difference between them to enjoy the sport. Although they look similar, the main difference lies in the pain they inflict….